What Are the Reasons Macs Are Increasing in Popularity? 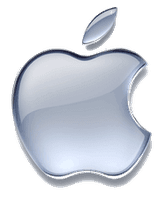 The PC has long held sway in offices and homes all around the world. The boxy monitor and whirring tower a ubiquitous part of life for what seems like forever. However, things are changing – in business and personal computer use.

Macs, once seen as the high-end, almost exclusive preserve of those with money to burn, are steadily and surely usurping the throne of the workhorse PC. For example, a recent report by IT Research Company Gartner Apple’s US PC market share has, in seven years, grown from less than 5 percent to a current 13.7 percent. At the same time, traditional PC manufacturers such as HP have seen their market shares steadily trend downwards.

This is major shift in the desktop computer landscape and demands attention. Looking at the factors behind these changes shows why Macs are making such inroads.

Price Is Not a Factor

Macs, in comparison to other desktop machines, are not overly cheap. Many PCs can be had for a lesser price, but their sales continue to fall. As this was once the main battleground between the two platforms, that consumers no longer consider it a deal breaking point is bad news for PCs and great news for Macs.

One of the factors behind this is Apple’s brand. The Mac benefits enormously from its attachment to Apple, which is a recognisable, marquee label. Of all PC, manufacturers there are really none that can claim to have the same marketing and brand identity that Apple boasts. In the world of business, where visibility and slick marketing is everything, other brands simply cannot compete with Apple; hence, their products are simply more recognisable, well known, and, this being the killer, the most desirable.

As was mentioned above, Apple is an immediately recognisable brand, and one, which has become very desirable. There are a few little devices that are responsible for this.

Years ago, when Macs were still very much the underdog of the desktop world, many regarded them as something quite special, yet perhaps something more for the computer aficionado or expert than for the casual user. The iPhone, iPad, and iPod changed all of that.

The massive popularity of Apple’s I devices could not help but boost sales of Macs. For example, statistical analysis website statisticbrain sourced sales figures from Apple, AT&T, Sprint, and Verizon and found that the number of just iPhone 5 units sold is a staggering Eighty nine million units. When this number reflects just one model of one product that Apple is offering, it is easy to see why more people are moving to the Mac.

Once people like and are comfortable with a product, they will inevitably seek out more from the parent company. Most people, who may consider themselves casual computer users and would have previously even considered a Mac, now find themselves familiar and comfortable with Apple products. This translates directly into increased Mac sales.

Why Are Businesses Turning to Macs?

It is easy to see why everyday consumers are turning to the Mac, but how does that explain the upswing in business uptake?

The simplest reason is thus – because their customers are. The more and more people turn to their iPhone or iPad for every day browsing and shopping, the more it pays for businesses to switch to a platform that matches the needs of their customers, and business can take advantage of the Apple upward trend in a few interesting ways.


The first is apps. In 2013, Apple released statistics showing the number of app downloads and active accounts and the numbers make for impressive reading. Over 2012 and 2013, forty billion apps were downloaded to iPhones, by over five hundred million active accounts. Those numbers are colossal and explain why businesses, large and small, are moving to cater for such an audience. Utilising Mac and Apple platforms means quick, connected access to a market that is fast growing into a multi-billion dollar industry.

Being a business that uses Macs means being in harmony with a fast-rising tide of users that demand synchronisation. To not adapt and ignore the numbers could be a very poor business move indeed.

With the explosion of iPhones, Pads, and Pods comes the desire for quick and easy exchange of information, and Apple does this better than almost anyone else.

In a business environment, the ability to exchange data from, say, a MacBook Air and a desktop Mac is highly important. Apple has this aspect locked down and offer wireless connectivity between their devices. For anyone who has suffered through a drawn out affair of plugging in a device to a PC, the PC failing to recognise it, needing to download drivers, and so forth, this is a godsend.

Overall, the rise in popularity of the Mac is down to a few factors. The huge popularity of Apple’s ‘I Products’ is a major factor, both pushing corollary sales of Macs, and the desire of businesses to get in on the action.