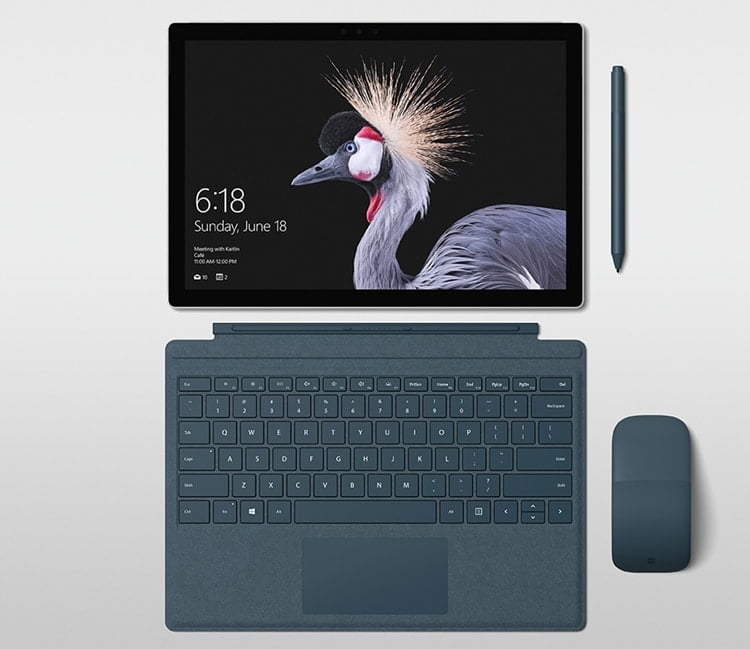 Microsoft announced the fifth generation of Surface Pro tablet computer during its event in Shanghai. The numerical part of the name, 5, was not presented in any promotional material. Quite likely, that Microsoft deliberately chose not to emphasise this fact, as the new device is in a nutshell just an improved version of Surface Pro 4. Nevertheless, during the conference, they mentioned that the number of improvements reaches 800. Yet, we remember how presenter of Windows 10 S spent a minute talking about a new desktop picture that was barely different from the predecessor. We hope that improvements were more significant than that. Let’s take a closer look.

The body of the device was left nearly unchanged even ports are all the same. Hinge became more flexible bending up to 165-degree angle, which brings Surface Pro to almost into a horizontal position. Microsoft called it Studio Mode, as Studio desktop pulls the same trick. The insides deserve more attention. Now Surface Pro equipped with the latest Intel processor, Kaby Lake that improves its productivity and reduces power consumption. Power consumption is a painful topic for Microsoft, as the previous model was infamous for it. 2017 model should last for 13.5 hours on a single charge. Configurations with m3 and i5 have no active cooling system making them silent. Nevertheless, noise level produced by a fan in the i7 model does not exceed 18 DB.

Surface Pro 2017 can easily compete MacBook Pro of last year, and the price tag is somewhat modest in comparison. It is never too late to sell your Mac and get a PC.