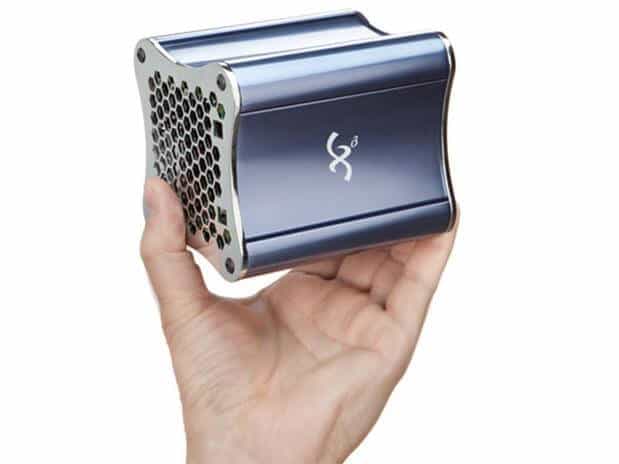 Valve have been in the process of making their Steam Gaming library software more living room friendly. Steam now has a large screen mode designed to work on your big screen TV and with you sitting far away, and not huddled over a monitor.

Now news has been going round about the release of the first “Steam Box”, which is basically a gaming PC that will fit under your TV like a console does. Xi3 who are partially funded by Valve themselves have produced the Xi3 Piston prototype, and as you can see it is tiny. 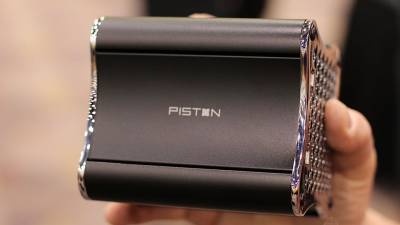 Xi3 already make similar devices and the 7-series range in particular provide up to quad core processors and 1TB solid state storage. This thing is a complete PC, and a pretty quick one too.

But is it quick enough to play the top games on at top speed at full HD? If we go by the current specifications of the 7-series for example, then that is a definite no. This top of the range Xi3 model, still only uses integrated graphics. It’s the fastest integrated graphics card currently available, but it still does not hold a candle to even medium to low level discrete/dedicated graphics cards.

In addition the new Xbox and PlayStation are within sight, these are rumoured to have similar specifications to the Xi3 7 series. Maybe the processor will be a touch slower, and the memory not as much, but it would be just as powerful for gaming purposes.  However unlike the Xi3 7-series these consoles will be dedicated gaming systems and not have any of the bloat of a Windows based system so will run games faster with fewer issues.

That’s still fine because the Steam catalogue is massive and most games on there do not need state of the art graphics, and the Piston would happily play these games on your 1080P TV. However the biggest issue is the cost. The Xi3 7 series model is selling at $999. That is over £600, more than 3 times the price of the current consoles, and at least twice the price of what the new Xbox or PS will be when it goes on sale. The Piston has to be made a lot cheaper to compete, but the lack of mass manufacturing capability of Xi3 or other small PC manufacturers will make it very hard to do that.

Sony and Microsoft can afford to sell at a loss and then make a profit from the games. There are rumours that Valve could be doing something similar with the Xi3 Piston, but how much cheaper can they make it. Also whether they do it with all manufacturers of Steam Boxes is very unlikely.

So as great as the Xi3 Piston prototype looks it simply not powerful enough to replace the PC for avid PC gamers and not cheap enough to take over the consoles place for the mainstream consumer.

It’s a great start and like that steam are pushing for gaming PCs for living room, as currently Games PCs can get stupidly big. But I’ll wait for the more powerful “steam box” with a dedicated graphics card, even if it is a bit bigger. After all we are all going to need one of these to play any game on our 3D UltraHD TV’s