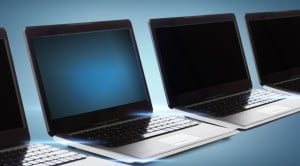 Do you want to know which laptop has the best battery life? Best screen graphics? Best Hybrid? You don’t have to wonder any more because we’ve listed each laptop/desktop that wins in each of these categories. Not just one laptop that wins, one that wins in each important category. This list has been made with all the relases of 2014, or older if no better models have been made, to come up with a masterlist of what is important in every laptop and which laptop is the best in that particualr category that you want.

1 – Laptop With the Best Battery Life

Laptop With the Best Battery Life

Lenovo’s X200 series of lightweight ThinkPads have long been some of the most lightweight, long-lasting business laptops on the market. The 12.5-inch ThinkPad X240 takes portable productivity to the next level with a powerful Intel 4th Generation Core Series processor, an improved design and an optional full-HD touch screen. Better still, with its extended battery. Its has a Intel Core i3-4030u Processor, windows 8.1 operating system, Intel HD Graphics 4400, a 4GB memory, intel HD graphics 440 and a 500GB hard disk drive.

The fastest laptop processor out this year is the Intel Core i7 4940MX, however its little brother, the Intel Core i7 4910MQ processor runs it very very close (Passmark score of 9798 compared to to 9811) but does it using 18% less power, which is good news for battery life. Plus it is significantly cheaper. Any laptop carrying this Quad Core i7 processor with 8MB cache, and maximum turbo frequency of 3.1GHz, will fly through even the toughest tasks.

The desktop Nvidia Geforce GTX980 is cleaning up the awards for desktop gaming, and not to be outdone, the 980M is almost as fast with a 9598 score on 3DMark. In addition the new Battery Boost feature, keeps the frame rates high but with 2x longer battery life. Physx, CUDA and DSR and up to 4GB GDDR5 memory all combine to give fast, high quality visuals on the go. If you’re lucky enough to afford the real top end laptops, you can get 2 of these in SLI mode.

Hybrids have come a long way very quickly. Inisitaially starting life as netbooks with detachable screens, Lenovo and Microsoft have started building hybrids from the ground up, and this second iteraton of the Yoga pro has already gotten most things right. Full features of a Windows laptop that works great in tablet mode, and the add on keyboard turns it into a fast functional laptop. A better than HD display and customisable to a very high specification all for a good price starting at £399. 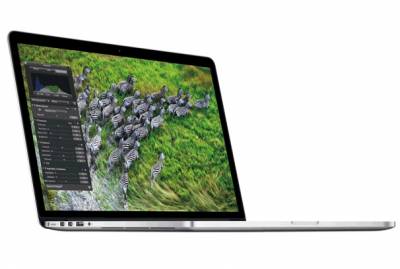 The MacBook Pro Retina has a screen with more pixels than a HDTV. It is now over 2 years old yet the competition still has not caught up. Aside from the minor boosts in processor speed, and the low-end 15-inch model’s additional RAM, the latest MacBook Pros with Retina display stick with the design introduced in late 2013. The Late 2013 13-inch MacBook Pros were lighter and and slightly thinner than previous models. However the new models other hardware has finally caught up to the screen with a 2GB Nvidia GeForce FT750M providing the grunt in pushing the pixels. 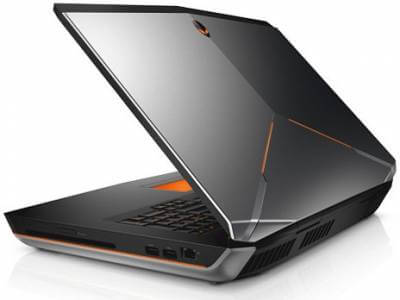 This meticulously crafted 18.4 inch behemoth of a laptop is great to look at and very comfortable to use for your extended gaming sessions.
The 1080P screen is a slight shortcoming considering other systems provide higher resolution displays, however it is bright and vibrant and it is arguable whether at this size a 1440P screen would be a noticable improvement. Espeacially when gaming.
However there is abolsutely nothing wrong with the hardware pushing those pixels about. Configurable to an Intel i7-4910MQ, dual Nvidia GTX 880M graphics cards and dual solid state drives, it provides plenty of power and speed to play the most intensive games at the highest detail. 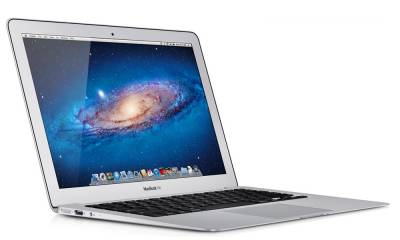 The MacBook Air is our favourite Ultrabook because its a small, easy to travel with, is a strong build with a beautiful display as well as having a long lasting battery to last the whole day. It has a dual-core Intel Core i5 processor, a Turbo Boost up to 2.7GHz, Intel Graphics 5000 and 4GB memory. Apple has given the 2014 MacBook Air a small processor speed bump, from 1.3GHz to 1.4GHz, but the design, screen and basic features remain exactly the same. 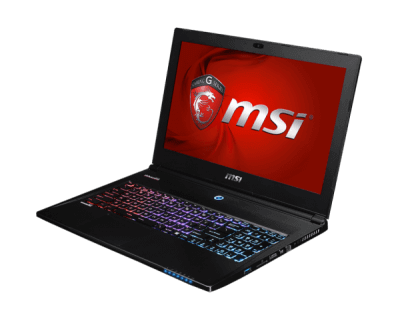 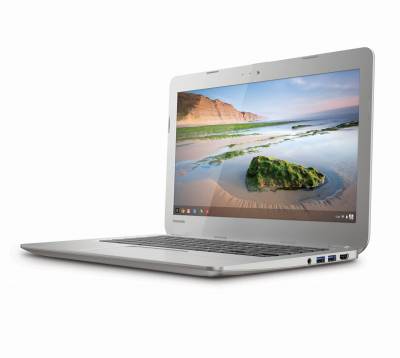 The original Toshiba Chromebook was an elegantly designed laptop, and yet the Chromebook 2 beats that version in all ways possible. Similarly, the Toshiba Chromebook 2 is made of a silvery, textured plastic that’s easy to grip. The body has a slightly angled look toward the front where it opens to reveal the display and keyboard. The Chromebook has an excellent 1080p screen, good Chrome OS performance and a nice feature set including a full-size SDXC card slot, fast 802.11ac wireless and great-sounding speakers. Which is why we choose it as the best Chromebook of this year. 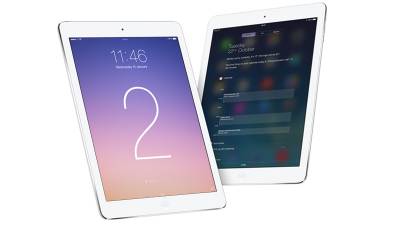 This iPad is the tablet winner, with its beautiful Retina Display and it’s long lasting battery life of upto 10 hours. This iPad comes with three storage size options the range in price, they are: 16GB(£399), 64GB(£479) and 128GB(£559). The price rises by £100 if you want to include cellular as well as wifi. One of the new features of this iPad is the TouchID which makes this the most secure tablet on the market today, not only can you unlock you iPad with the TouchID but you can make purchases in the iTunes and App Store. 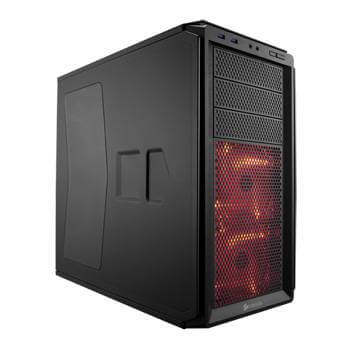 Following in the path as the multi award-winning 3XS Vengeance gaming system, the 3XS Vengeance SLI has a water-cooled quad-core Intel Core i7 4790K CPU with Hyper-Threading. Also included in the default spec is 16GB of 2133MHz Corsair Vengeance DDR3, an Asus Z97 Maximus VII Ranger motherboard, a 250GB Samsung Evo SSD and a 2TB hard disk and a recovery USB stick with diagnostic utilities. For a price of £2200. 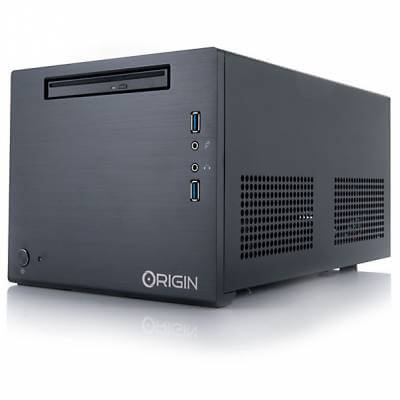 The Chronos’ Intel Core i7-4970K quad-core CPU, Nvidia GeForce GTX Titan Z graphics card, and 16GB of RAM represent an impressive trio of core specs. However, what also determines whether a small form factor PC sinks or swims is how well it balances the benefits of miniaturization, with the upgrade-ability that enthusiasts expect from high-end PCs. This small box does not lack in performance with the small size that can fit in small offices or cabinets, so it will not take up any unnecessary room in your home. 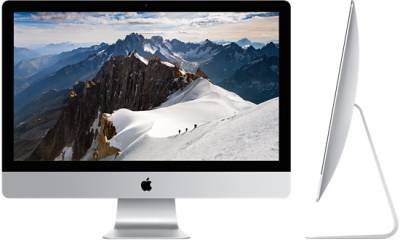 This iMac is the winner with its amazing Retina Display and its 8GB of memory, and it’s attractive display and slim figure it has a 4GHz core i7 processor, upto 3.5 teraflops of graphics compute power and up to 20 Gbps thunderbolt 2 bandwidth. The 5K Retina display is an eye-popping resolution of no less than 5120 x 2880 pixels. That’s a total of 14.7 million pixels, equivalent to four times the resolution of the previous 27-inch iMac models and way beyond the 8.3 million pixels of a 4K display. 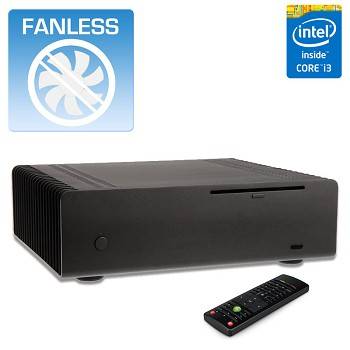 This PC has a MultiCore processing with up to 16GB of DDR3 memory, it is also fanless which makes it a silent PC that will have no affect on the sounds around you e.g. TV and has powerful Intel HD Graphics, which will play your videos back to you in HD.