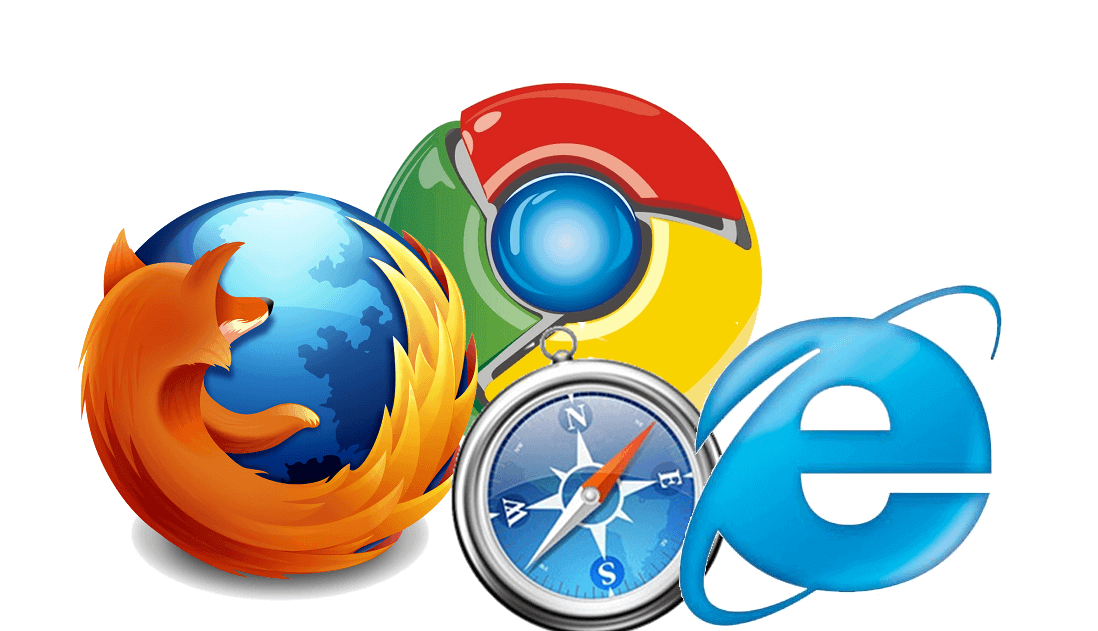 For most people, Internet Explorer was the default search engine that they used on their first computer.

Through sheer dominance of the market, Microsoft was able to package its own browser with machines and, via market saturation and power of numbers, make Internet Explorer the default browser of choice. The fact that it had its bugs and problems was irrelevant – for those not in the know, who else was there to turn to?

Netscape Navigator had its heyday in the 90’s, but by the early 2000’s had virtually disappeared. The came Firefox, attracting users with its sleek looks and, frankly, because it was a viable alternative.

So how’s your favourite browser stacking up against the competition?

Now, Google Chrome is grabbing its share of the market. With no new real competitors coming on the scene for a few years, the big three: Internet Explorer, Firefox and Chrome, are left to fight a three way war that resembles grinding trench warfare.

Over 2013, the three main browsers – IE, Firefox and Chrome, unsurprisingly continued their dominance over smaller rivals like Safari and Opera. Using up-to-date statistics from StatCounter, we can compare and contrast their fortunes.

This, however, does not mean that they are totally falling away. Safari, from May 2013 to December 2013 saw a mostly dependable, sometimes plateauing, presence, routinely flirting with a 10 percent market share, but not quite reaching it.

From May to December 2013, Safari started out with an 8 percent share, steadily rising (and sometimes falling a little) until December 2013 saw it rising to a yearly high of 9.14 percent. This grew over the New Year, translating to a 9.73 percent share in January 2014. Safari’s popularity topped out in March of this year, only 0.9 percent off a ten percent market share.

The story with Safari seems to be steady, slow gains, with the pattern pointing to them breaking the 10 percent barrier at some point in 2014.

At the same time, Opera maintained a presence in the 1 percent area. From April 2013 to April 2014, Opera moved from 1.01 percent to a high of 1.39 percent browser market share.

After this point, however, Firefox saw a drop in usage. This bottomed out in October 2013, with Firefox losing nearly two percent of its share of the market and falling to 18.11 percent. Firefox’s numbers remained in the sub-twenty percent realm for the rest of the year, with April 2014 seeing their numbers at 18.62 percent.

Firefox’s decline over this period matched up well with gains for its two main rivals. Between July and December 2013, when Firefox saw its number hit a trough, Internet Explorer made big gains. At the same time, Chrome exhibited some losses but rebounded strongly. Firefox, on the other hand, never recovered its July 2013 peak of 20.09 percent.

This could point to long-term problems for the health of Firefox, as it simply does not seem to have the robust recovery powers of Chrome. Chrome can shake off three percent market share losses and recover them in a few months. Firefox, on the other hand, took a hit in July 2013 and never really recovered. Add to this the fact that, from February to March 2014, Firefox saw more small, but steady, declines, then Firefox’s best days might be behind it.

Despite many people considering IE outdated or buggy, it retains a sizeable portion of the market due to its sheer size and popularity.

The period between May 2013 and May 2014 saw IE start with a decently healthy market share of 29.71, second only to Chrome but, beyond that, it was a period of peaks and troughs, with IE never recovering the peak numbers of April 2013.

Indeed, from April 2013 – June 2013, IE lost a hefty five percent of their share of the browser market. From July to October 2013, the numbers rose again to 28.96 percent. This rise in numbers probably has much to do with the anticipation surrounding the release of the newest version of IE – Internet Explorer 11, which saw release in October 2013.

However, these numbers immediately dropped again, taking a steady slide from October’s boost and falling to a yearly low in December 2013, coming in at 23.24 percent. Needless to say, this does not reflect well on Microsoft’s newest IE release if numbers immediately plummet.

This year saw the decline trend continue, with numbers eventually settling at 21.43 percent in April 2014.

Comfortably sitting atop the browser kingdom, Chrome continued its dominance across 2013 and up to the present in 2014.

Beginning with 41.38 percent market share in May 2013, Chrome held steady until August 2013. This drop is in line with the drop of Firefox and the surge of IE around the release of IE 11.

Chrome quickly recovered, however, rising to 43.92 percent in December 2013 and more or less holding steady until March 2014, when it again jumped upward, which correlated with similar losses for IE and Chrome.

Chrome, in April 2014, stand at 45.22 percent of the browser market share, demonstrating a more than one percent increase over the previous month.

Overall, Chrome’s share is robust, shows resilience to competitor challenges, and is still going from strength to strength.